Koi are food lovers they can go from chewing whatever you feed to not eating for a long time at all. Its eating behavior is dependent on various factors like weather, habitat, and temperature.

The Koi’s feeding cycle fluctuates during winter and summer as the temperature affects the frequency of their eating cycles.

During winter Koi go into a state called ‘Torpor‘ which is essentially like hibernation where most of their system is shut down and they preserve their energy. When the water temperature reaches below 40 degrees Fahrenheit Koi go into Torpor, being cold-blooded Koi are affected by the surrounding water temperature. In torpor, Koi can go weeks without eating. 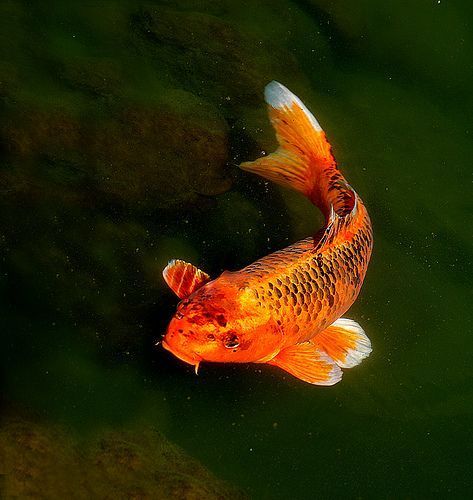 Koi like their food a lot they forage and scavenge for almost any type of food to chew it up. Summer is the time when these fish are most active as the higher water temperature allows them to be active compared to winter.

Koi are omnivorous and eat wide varieties of food, docile by nature few fish can be trained to recognize when it’s time for food and to eat it from their hands. Even though they can live without food for a while, not feeding them properly might hamper their growth.

Though they have an appetite for wide varieties here is a list of a few food items to avoid feeding the fish.

Feeding koi food when away

Auto-feeders can be used for both indoor tanks and outdoor ponds. They can be programmed to deal with the amount of food portion and time schedule for feeding. Make sure that the outdoor feeder can deal with different weather conditions & protect the food from any damage. These feeders can be scheduled during any time of the year.

Can the Koi starve to death?

Yes, they can starve to death if they go for weeks without feeding during summer, though they usually scrape for food from the pond environment. Also when there is a shortage of food due to the competition the larger fish might feed on the smaller ones.

So the Koi can survive without food for a long time during winters by conserving their energy & feeding up to micro organisms and up to 2 weeks during summers. Usually, they die due to a toxic environment rather than starvation hence it is essential to maintain a healthy and clean pond & it is recommended to feed them protein & nutrient-rich plants & meat-based food for optimal growth and health.